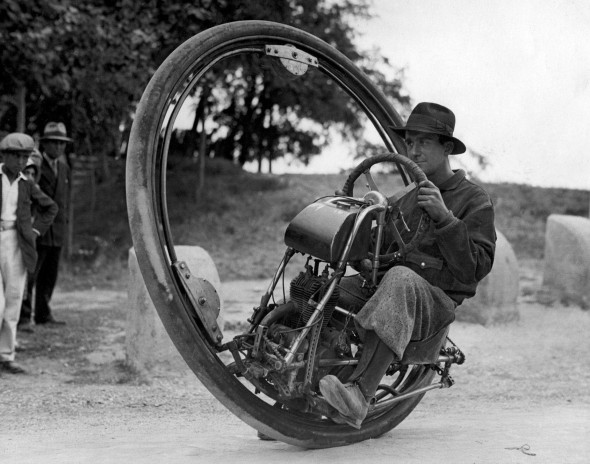 With 2 or three revisions from 1923 to at least 1933 the Motoruota was the most enduring Monowheel model of it’s time. Here in 1931 with a Swiss customer, Mr Gerdes in Arles, France en route to Spain.

A monowheel is a one-wheeled single-track vehicle similar to a unicycle. However, instead of sitting above the wheel, the rider sits either within it or next to it. The wheel is a ring, usually driven by smaller wheels pressing against its inner rim. Most are single-passenger vehicles, though multi-passenger models have been built.

Hand-cranked and pedal-powered monowheels were built in the late 19th century; most built in the 20th century have been motorized. Some modern builders refer to these vehicles as monocycles, though that term is also sometimes used to describe motorized unicycles.

Today, monowheels are generally built and used for fun and entertainment purposes, though from the 1860s through to the 1930s, they were proposed for use as serious transportation. 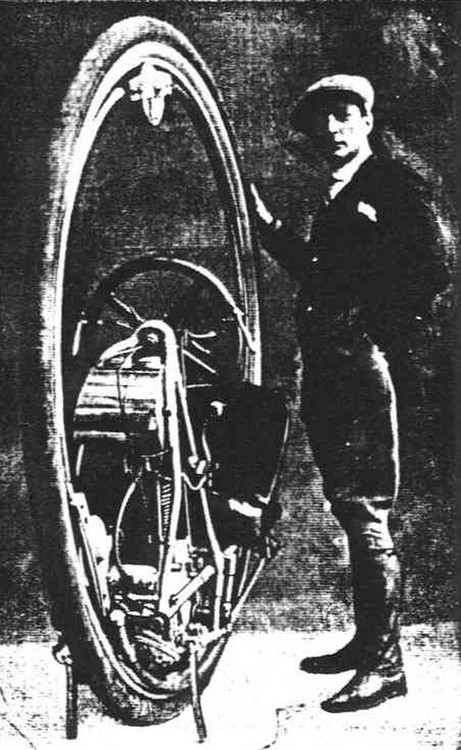 Davide Cislaghi the builder, a motorcycle policeman & former electrician from Milan, Italy ~1924 with an early version. It has friction drive, a 3 speed, pneumatic tire and pivot steering. 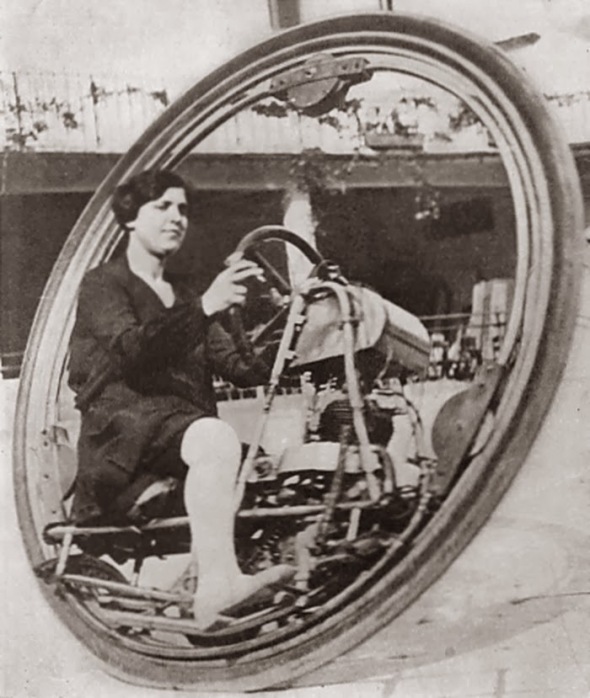 From Motorcycle magazine 1927. The friction drive wheel can be seen behind her heel. 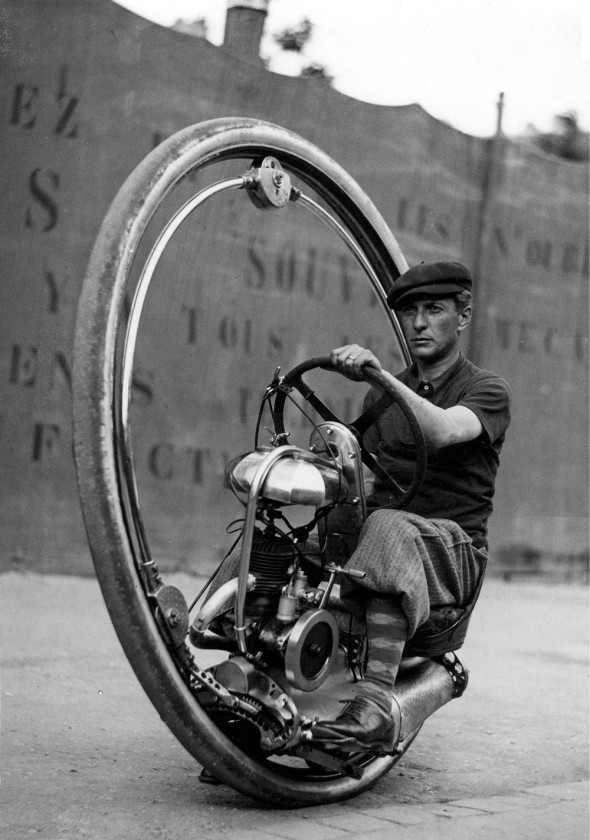 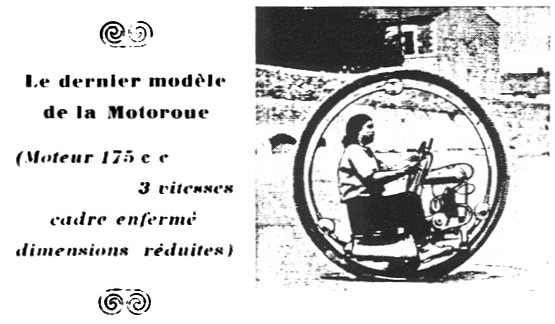 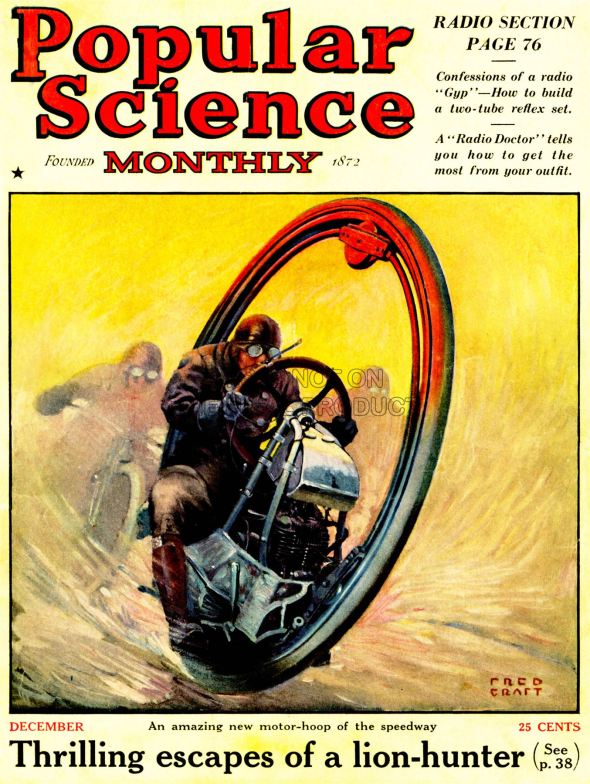 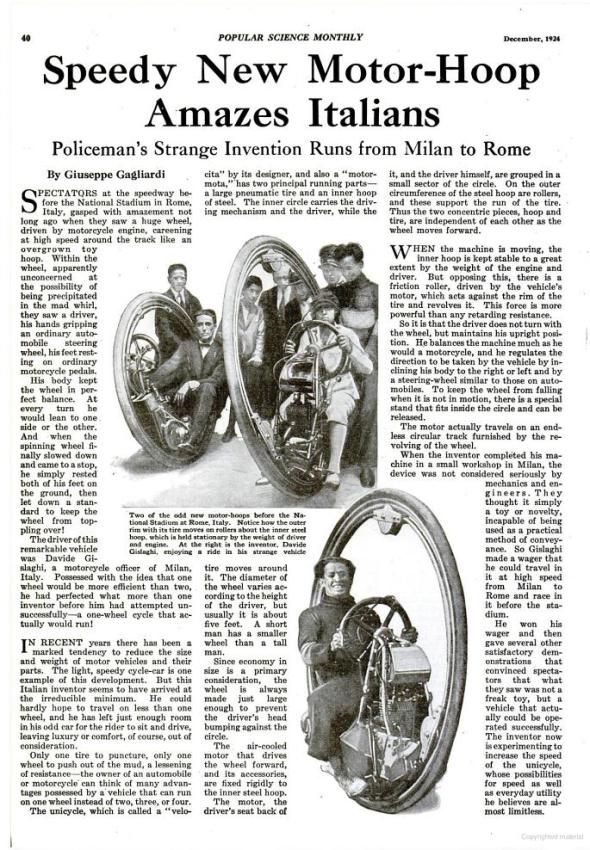 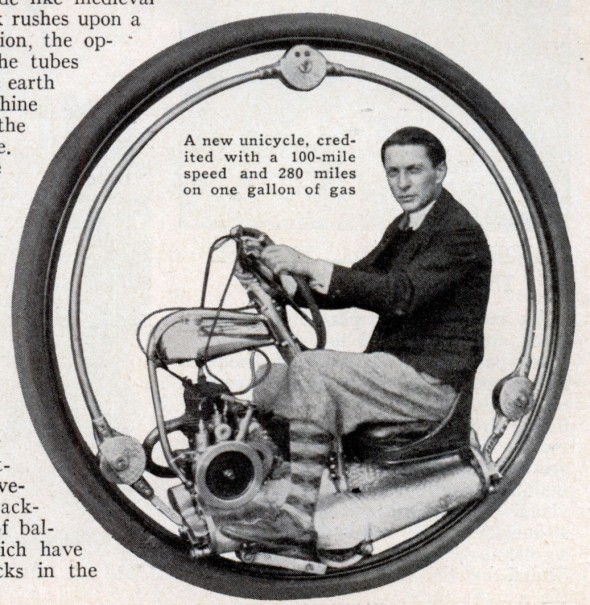 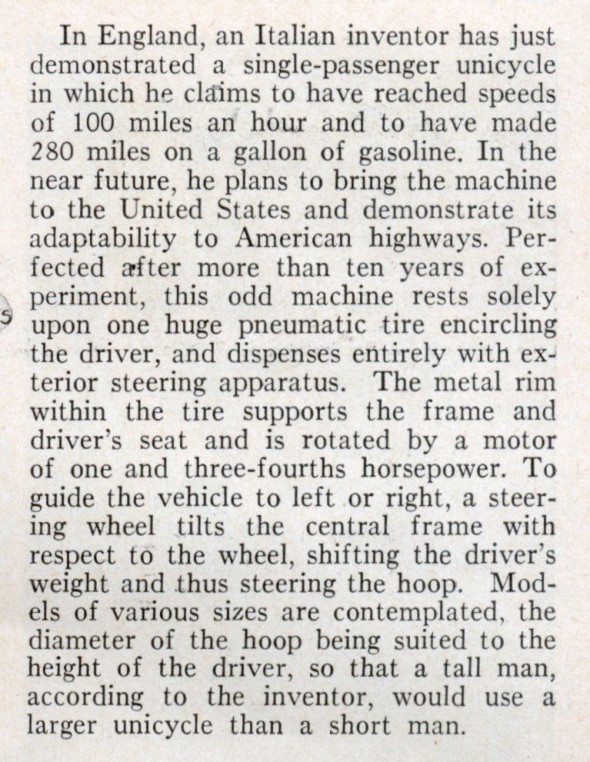 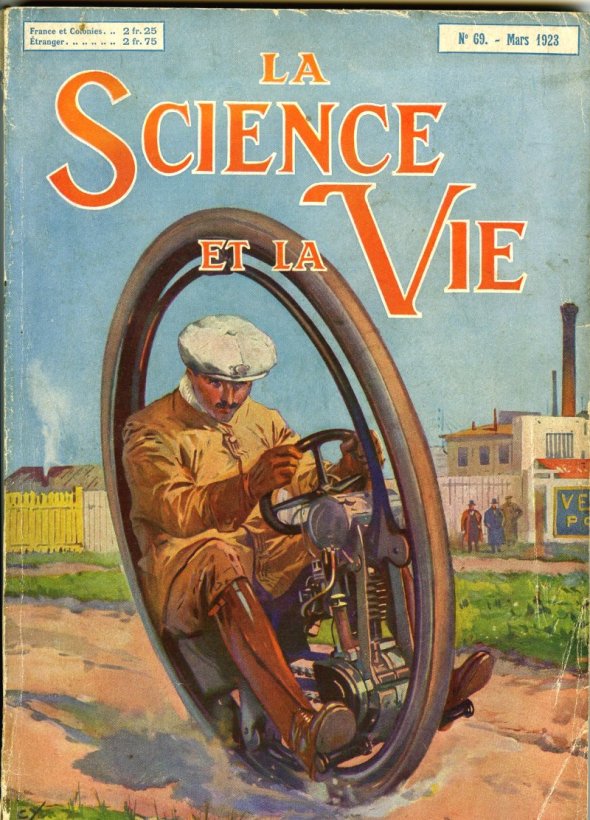 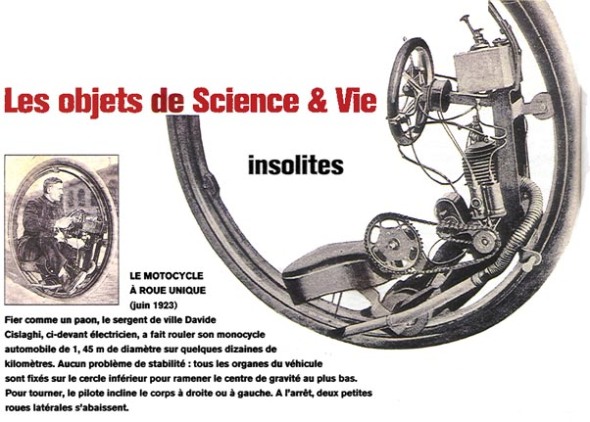 Insolites means strange.
“The motorcycle with one wheel. Proud as a peacock, town sergeant Davide Cislaghi, a former electrician, has driven his 1.45 metre diameter monocycle for some dozens of kilometers. No problem with stability; all the vehicle parts are fixed to the interior circle to lower the centre of gravity. To turn, the pilot leans his body to right or left. On stopping, two little lateral wheels lower themselves.” 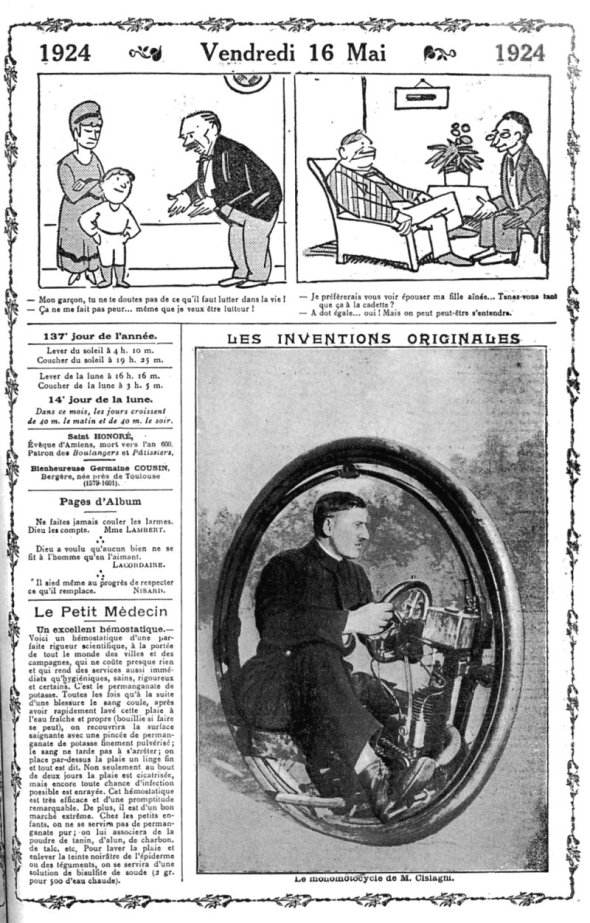 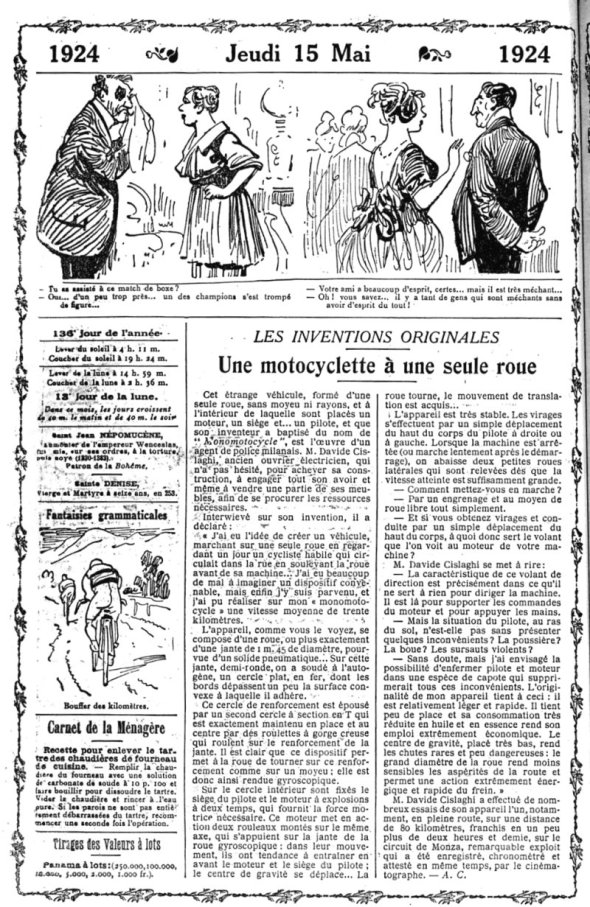 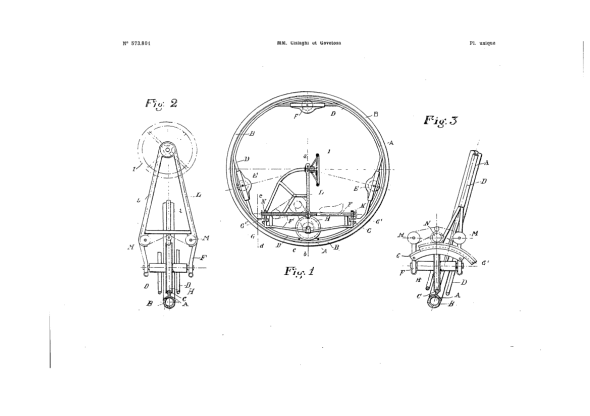 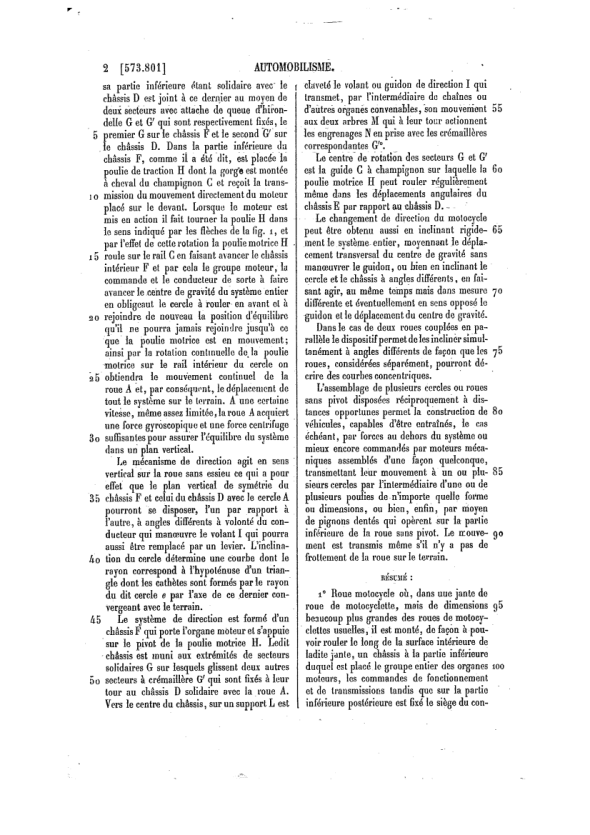 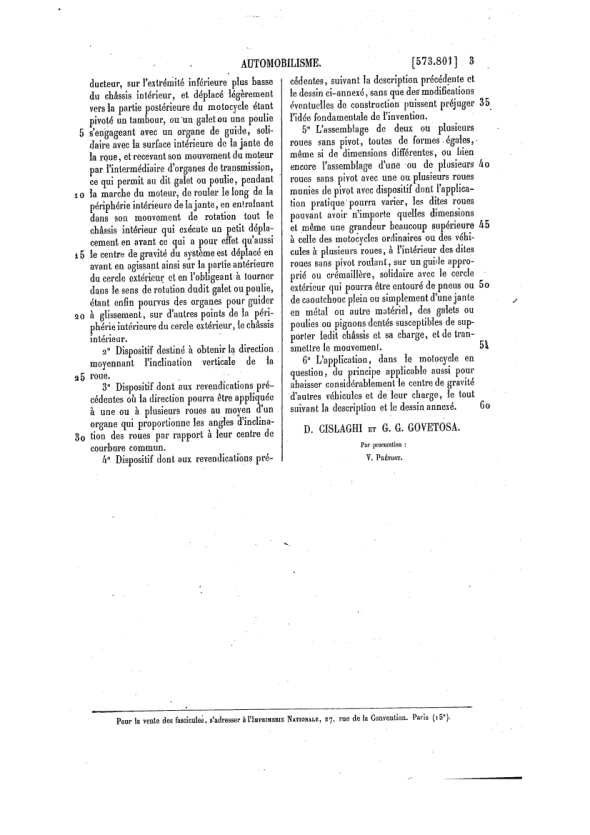