Mugshot of Boris Nikolayevich Rozenfeld, a victim of the Great Purge; ca. 1935 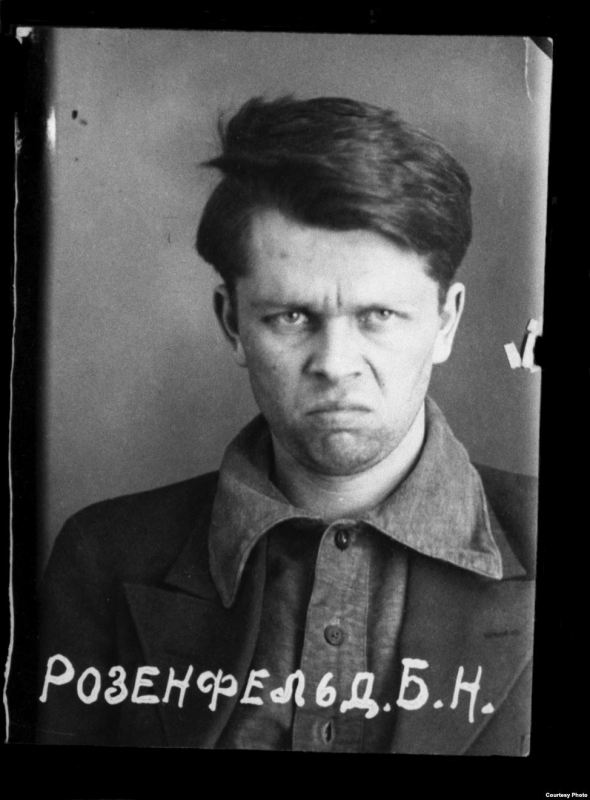 From a series of Great Purge-era mugshots.