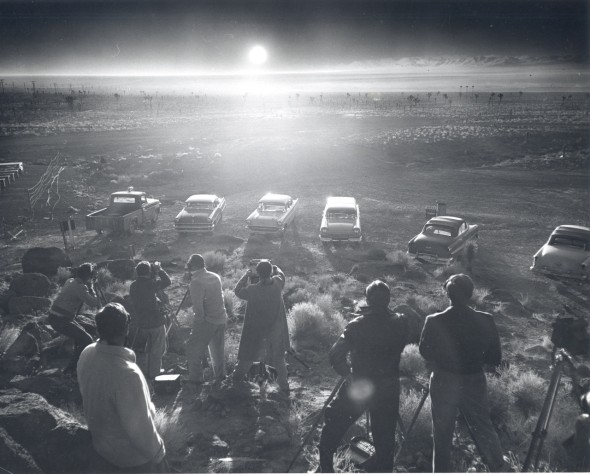 Hitler asking a frostbitten and snow ravaged soldier not to salute him, but to instead rest and recover; ca. 1941- 42 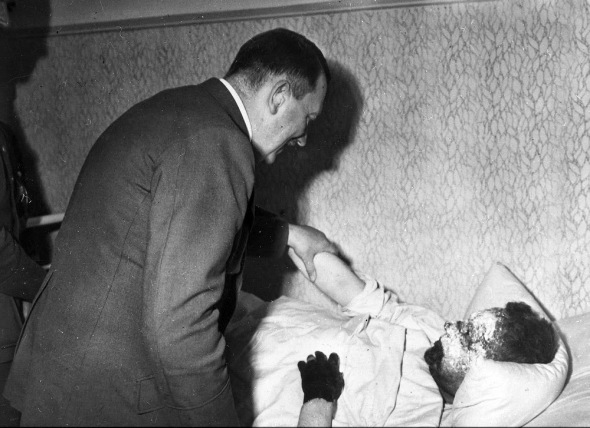 Most likely taken sometime between November 1941 and March 1942. During the Winter Crisis, the majority of the Wehrmacht were still equipped with their worn out summer uniforms and summer boots (often stuffed with newspapers to try to make them warmer). This was a direct failure of the German High Command to properly equip their soldiers for winter combat in the inhospitable Russian terrain.

Additionally, across large portions of the front, the Germans were not able to successfully enter prepared defensive positions until late in the winter. As a result, the soldiers were literally lying in the snow in their summer uniforms while the temperature was regularly -40 degrees. For a German General’s view on this see Gotthard Heinrici’s recently published letters and diaries.

I don’t think this is a PR photo. At this point in time the German senior leadership was still trying to present events in the East in the most favorable light possible. Obviously, a photograph of this man’s injuries would shock anyone who saw it in a newspaper.

Also, this man’s injuries are directly attributable to Hitler himself. During the early autumn of 1941, he refused to ship adequate cold weather clothing to the front line as he perpetually believed that the Soviets would collapse in only a few weeks. Needless to say, this did not come to pass.