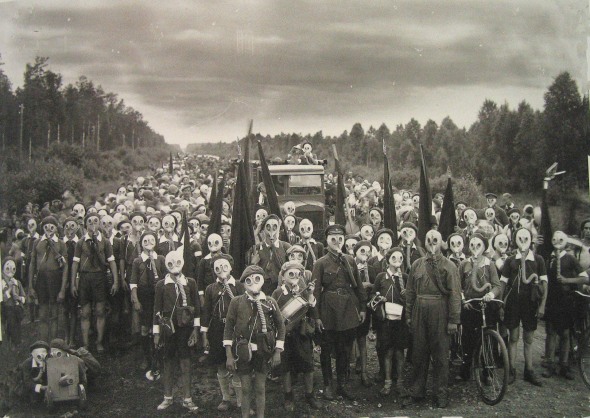 “Viktor Bulla’s photograph of hundreds of children wearing gas masks was not meant to be ghoulish, a commentary on war or lost innocence, but rather exemplified a reason for pride—the country was blessed with well-trained, well-equipped and obviously courageous young fighters.”

(From “Propaganda and Dreams: Photographing the 1930s in the USSR and the US” by Leah Bendavid-Val)

Opening ceremony of Bromma Airport in Sweden with the flags of Denmark, Great Britain and Nazi Germany in the foreground and a Junkers G-38 (which was the largest land-based airplane when it was first built) in the background – Bromma, Sweden; ca. 1936 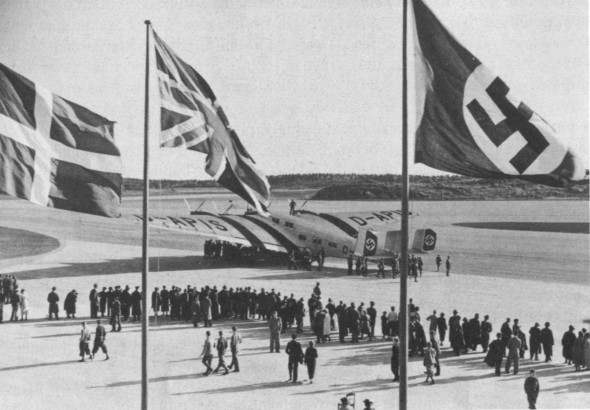