The Airship Graf Zeppelin lands smoothly on the ice- strewn waters of a bay at the Frans Josef polar islands to deliver post to the Soviet icebreaker Malygin; ca. July 1931 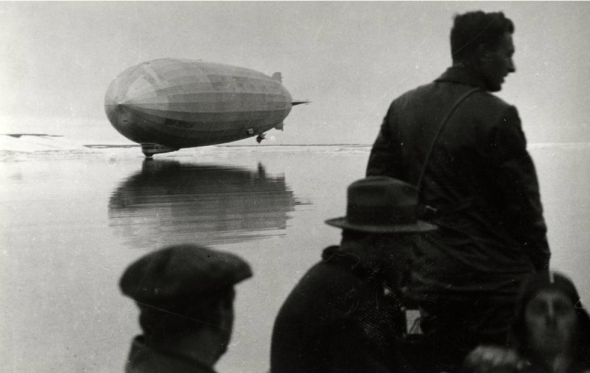 Some more information on the Graf Zeppelin’s Arctic Flight.