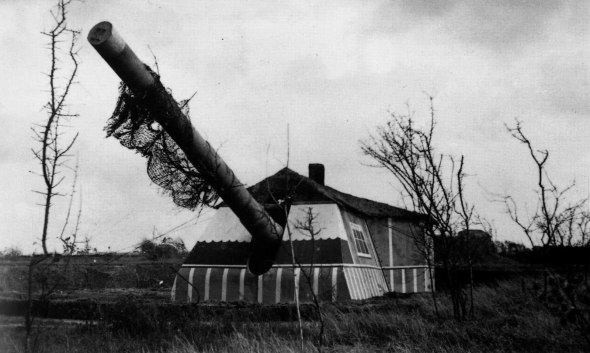 Batterie Mirus was an artillery gun emplacement built in Nazi occupied Guernsey, disguised as a cottage to fool aerial surveillance.

(Background: During World War II, the Channel Islands were the only part of Britain captured by the Nazis. During a long and brutal occupation the Nazi’s essentially turned the islands into stationary battleships, pouring more concrete into fortifications and gun emplacements than was poured in the rest of the Atlantic Wall combined. The largest guns in The Channel Islands were situated in Guernsey, at the Batterie Mirus. They had a range of around 51km, meaning they could theoretically hit the coast of France.)