U.S.S. Atka stands in McMurdo Sound to keep the channel open for Operation Deep Freeze supply ships and the evacuation of the last summer residents; ca. 1965. 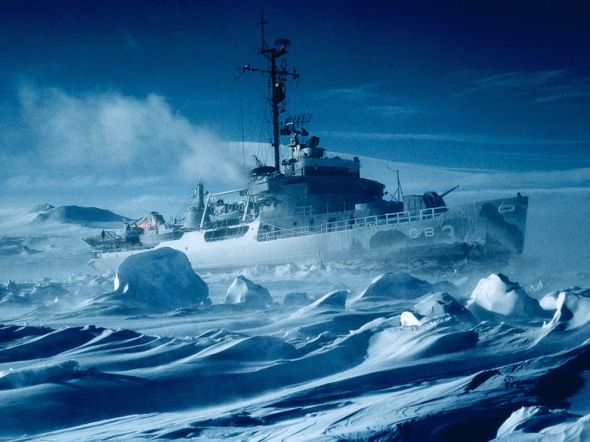 This reminds me of “At the Mountains of Madness”

“I could not help feeling that they were evil things– mountains of madness whose farther slopes looked out over some accursed ultimate abyss. That seething , half-luminous cloud-background held ineffable suggestions of a vague, ethereal beyondness far more than terrestrially spatial; and gave appalling reminders of the utter remoteness, separateness, desolation, and aeon-long death of this untrodden and unfathomed austral world.”

This entry was posted on September 24, 2014 by Miep. It was filed under History, Human History, Images of History, Photography, Pursuit of Happiness, The Drama Of It All, Weird and was tagged with 1965, Historical, History, human history, McMurdo Sound, Military history, Operation Deep Freeze, Photo, Photography, U.S.S. Atka, Weird, World History.