What if Hitler had survived, would the Nuremberg trials differ? 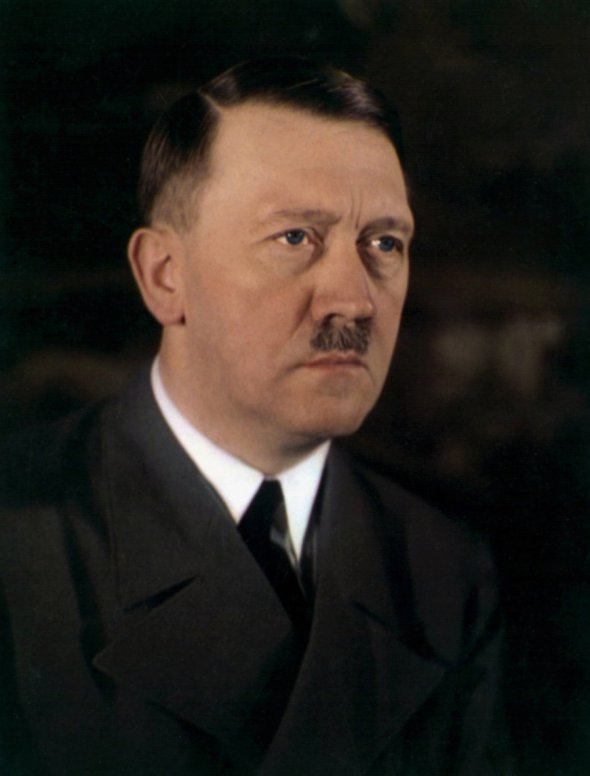 The geopolitics of the world wouldn’t really have changed course. By the end of WWII, we were already well on the path to the Cold War, which would ‘begin’ in earnest in 1946 when Churchill would make his ‘Iron Curtain’ speech. In 1947, the US would instate the Marshall plan, and announce its intention to maintain troops in Germany indefinitely. The USSR would respond first by sealing off East Germany and later Berlin. By then, Nazism would already become a footnote in the Great Game, the focus would shift to combatting communism in Europe and Asia. So really, nothing much would change.

So lets say Hitler either chickens out on suicide, or is captured before he can actually do it. He would be captured by the Soviets as they swept through Berlin. As a high-profile prisoner, indeed the high-profile prisoner, he would be immediately shipped off to Moscow, and kept in relative comfort in a Soviet political prison, perhaps Vladimir Central Prison or maybe in a basement in the Kremlin itself. Let’s assume that Stalin does not renege on the promises made in Yalta. He accepts to have Hitler tried before an international court in Nuremberg rather than a good communist court in Moscow.

By 1945, Hitler was not exactly in the best mental health. You know this already, if you have seen one of the infinite Hitler parodies on the net. He exhibited signs of  Parkinson’s disease (of which dementia is a symptom). His famously sonorous voice had almost disappeared, his hands shook constantly, even simple tasks like writing, reading and eating were a huge task for him. He is no longer the charismatic Führer of the Nuremberg rallies. In a word, he had completely lost his marbles.1

Hitler’s trial is the last at Nuremberg. Everyone in the world knows what is going to happen to him. He will be sentenced to death. Even the most optimistic Nazi loyalist cannot deny that. The only question is, how will he go? Will he become a martyr? Will he plead passionately for his ideology? Will he make a final stand like Saddam Hussain did sixty years later?

The greatest criminal of all time must be tried by the greatest court of all time. Only the most respected judges and the most accomplished prosecutors will suffice. Maj. Gen. Iona Nikitchenko, Justice of the Supreme Court of the Soviet Union, Frederick M. Vinson, newly appointed Chief Justice of the US, Viscount Caldecote, Lord Chief Justice of England, and Henri Donnedieu de Vabres, eminent French jurist, are brought in to preside over the trial. Francis Biddle, Attorney-General of the US, formerly a judge at Nuremberg, takes on the role of prosecutor, along with Sir Hartley Shawcross, Attorney-General of the UK, Lt.-Gen. Roman Rudenko, Chief Prosecutor of the Soviet Union, and Auguste Champetier de Ribes, jurist and prominent leader of the Résistance.2 Hitler, in a rare moment of mental clarity, refuses counsel. It is the same brash self-confidence that sent 300,000 Germans to their deaths in Stalingrad.

The trial begins, with live radio coverage being broadcast over the world. Millions of Germans, Nazis or not, tune in to listen to trial of the man that held absolute power over them for twelve years. The charges are read out, and for the first time, the enormity of this man’s crimes are officially announced. Here is a man who was responsible for the death of tens of millions of people. Here is the man who drove uncountable masses of people, Jews, Germans, Russians, Englishmen, Americans, Frenchmen, all to their deaths. A man who not only willfully broke every single humanitarian convention in the world, but reached new depths of depravity, of inhumanity. A man who brought the world closer to hell than it has ever been before.3 Adolf Hitler, how do you plead?

There are a few seconds of radio silence, as the charges are translated into German. An interminable few seconds, during which the whole world reels from the sheer, awful violence of the charges. A frail, rasping voice replies, “Nicht schuldig”. Not guilty. Exactly what the Allies wanted. Over the next few days, the twelve years of Hitler’s reign of terror are dissected. Refugees who have escaped to the four corners of the world take the stand. The survivors of concentration camps describe the inhuman misery they were subjected to. The widows of the political prisoners assassinated by the SS take the stand. For days, the courtroom resounds with the stories of brutal suffering. The archives of the Nazi party are combed through, and as the trial drags on, it becomes increasingly clear. This is the man who ordered the deaths of your Jewish friends. This is the man who sent your son to die in Russia. This is the man who had your communist brother killed.4

Hitler drifts in and out of the trial. In his moments of lucidity, he rants against the witnesses. He accuses them of destroying Germany. He gives long meandering speeches on Aryan destiny. The rest of the time, he is silent. Barely looking or listening to what is happening. Indifferent to the pain exhibited for the world to see. He slumps in his chair, muttering under his breath from time to time. He has delusions about the glorious rebirth of Nazi Germany. A few days into the trial, the Allies have shown the world exactly what they wanted to show. This is the doddering old fool that destroyed your lives.5

Hitler isn’t a charismatic martyr. He is not the Führer who would rather die than give in. He is a demented wretch, whose foolishness nearly destroyed us all. He is the crazy buffoon who ranted against those thin, helpless-looking survivors of the concentration camps. He’s the psychopath who raves about race superiority, while it is abundantly clear that what he has done could never be the work of a superior race. How could the Germans have been so blind? How could they let a madman lead them to hell? The guilt and shame of Hitler’s trial would have had a profound effect on the psyche of the world. It would have destroyed Hitler’s memory more completely than any law or decree could. It would have made Nazism a far greater taboo in the civilized world. And a part of me thinks Hitler knew this. That is why he killed himself. Hitler alive is a raving lunatic. Hitler dead is a shining symbol to the neo-nazis of today. 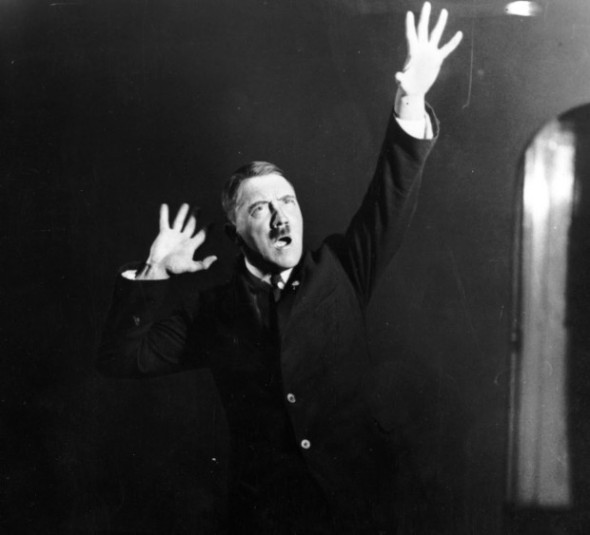