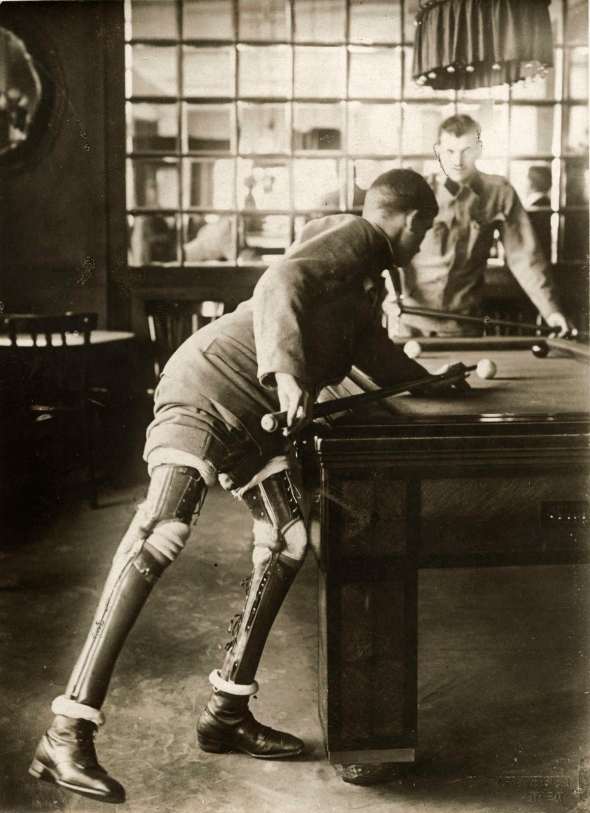 The uniform and the playing of Billiards (which was invented by British officers) makes me suspect that these men are Commonwealth forces, likely Brits.