The Process of Denazification:

Denazification policies were different at different points in time, and there were also major differences between policies in the four occupation zones.

In general terms, the most ‘intense’ denazification was conducted by the Americans, as these were the most wide-ranging and extended, and formally focused around particular roles rather than individual guilt. The policies of the British were less extensive, focusing on ‘high’ level offenders, and British policies in their zone moved more rapidly toward economic reconstruction given British economic problems and the nature of their occupation zone as it contained the major industrial area of Germany. French denazification was interesting as it was much more individually-focused – investigations and trials were largely on the basis of evidence against the individual rather than because they had a particular job between 1933-45. Soviet denazification was a mix of these approaches – much more politicized but also quite practical at times as Soviet authorities would overlook the past of someone if they were practically useful to them.

Overall, there was a general Allied commitment to denazification through the Potsdam agreements, and several pieces of Allied Control Council legislation dealt with the matter, but the actual implementation of it left up to zonal authorities.

For the United States, denazification was a key policy for the future Germany. Both major ‘sides’ in pre-surrender planning debates (Morgenthau and his harsh peace ideas, cf. Stimson et. al. more moderate plans) stressed the necessity of denazification in some form, as it was seen as necessary to remove the influence of Nazism and ‘German militarism’ from German society so that there would be no resurgence. The major American military policy document JCS 1067 set out quite stringent requirements [Directive to Commander-in-Chief of United States Forces of Occupation Regarding the Military Government of Germany; April 1945 (JCS 1067)]

“It should be brought home to the Germans that Germany’s ruthless warfare and the fanatical Nazi resistance have destroyed the German economy and made chaos and suffering inevitable and that Germans cannot escape responsibility for what they have brought upon themselves.”… “the principal Allied objective is to prevent Germany from ever again becoming a threat to the peace of the world. Essential steps in the accomplishment of this objective are the elimination of Nazism and militarism in all their forms, the immediate apprehension of war criminals for punishment…and the preparation for an eventual reconstruction of German political life on a democratic basis.”

Initially, the focus was on formal roles and positions – membership of the NSDAP or other related organizations, service in administrative and bureaucratic roles and so on. The first phase of denazification often favored ‘preventative’ arrest – better to arrest someone and have to let them go, than miss someone. Problems were created by somewhat arbitrary directives to military authorities – a distinction was made between those who joined the NSDAP before 1937, and those joining after. Those joining earlier were perceived as more ‘hard-core Nazis’, but this distinction was essentially arbitrary. Another unpopular procedure was the enforcement of ‘fragebogen’ – long and detailed questionnaires that individuals were required to fill out, and which created enormous amounts of paperwork to have to process. This was problematic given that rapid demobilization reduced the personnel numbers available to the military authorities, and there was a huge backlog.

This was exacerbated by the extension of the fragebogen program to cover anyone seeking public responsibility or business with occupation authorities (Allied Control Council Directive No. 24). This was coupled with the desire to hand over lower-level administration to the Germans – they wanted to check people, but in the meantime it meant there simply weren’t enough people to fill the jobs.

The more intensive denazification program moved to a less intensive program with the transfer of large parts of the process to the Germans. The Law of Liberation from National Socialism and Militarism (Befreiungsgesetz) was passed by local German authorities in the US zone in March 1946. This created 5 categories that an individual might be classed as, required every person over 18 in the Zone to fill out another questionnaire, but most importantly transferred the process to German-run committees. On the face of it, this was more intensive than the US-run program, but in reality became mired in corruption and incompetence. Of the 5 categories, the vast majority were found to be ‘followers’ or lower and comments were made that the committees were simply ‘followers-factories’. Another issue was the use of certificates from others as evidence – the idea being that if you got someone who was ‘anti-Nazi’ to vouch for you, it might help you be exonerated or mitigate the sentence. These certificates became colloquially known as ‘Persil-scheine’ and it was joked that they washed brownshirts clean.

The conclusion I guess is denazification was much more than simply removing the symbols and legally banning organizations, but the actual implementation of the program complicated. The reality was that once it was transferred to German administration, it became less stringent than it otherwise might have been. This was deemed acceptable largely because occupation priorities moved toward economic reconstruction by the middle of 1946, and the reality was that a honest confrontation with the past was something that simply did not occur anywhere in Europe in the immediate aftermath of the war – this didn’t really take shape until the 1960s and onwards. 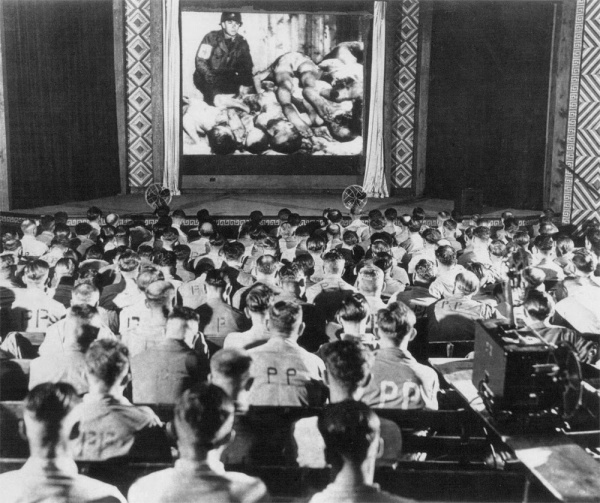