A large French digging machine building trenches on the western front during WWI. 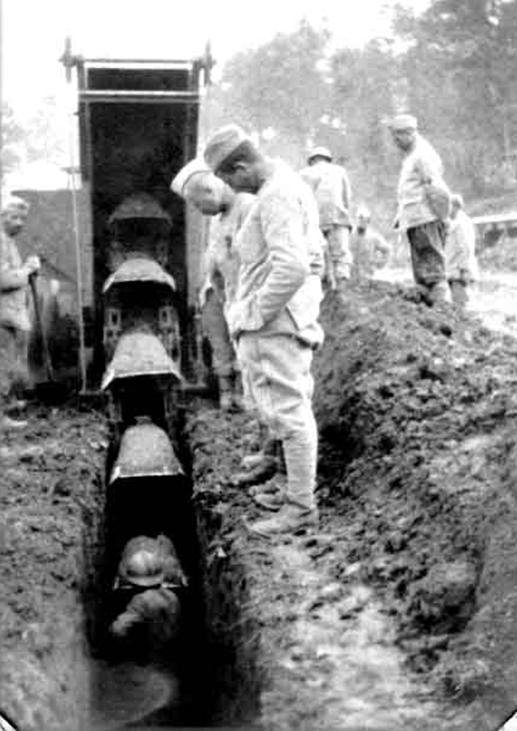 The digging was moving away from the solider. A Trencher like that moved backwards as it digs.