Watching the construction of the Berlin Wall, West Berlin; ca. 1962.

The Berlin Wall is so much more interesting than most people can imagine. Just the way it went up, the changes it went through its all totally surreal.

A soldier of the GDR jumping across the fence shortly before it was too late.

The “wall” literally went up overnight on a weekend. People went to bed in one city and woke up in either East or West Berlin. It was later beefed up and filled in, but the “state border” was closed to travel on the night of 12/13 August, 1961. Tales of people who were trapped on the wrong side of the wall are some of the most heartbreaking I’ve come across. Peter Wyden’s book “Wall” and Anna Funder’s book “Stasiland” interview people who were in that situation and do a pretty good job of expressing how horrifying it was and why people risked their lives to get back across to the West.

The Berlin Wall entirely surrounded West Berlin, so no you couldn’t “simply go around it”. 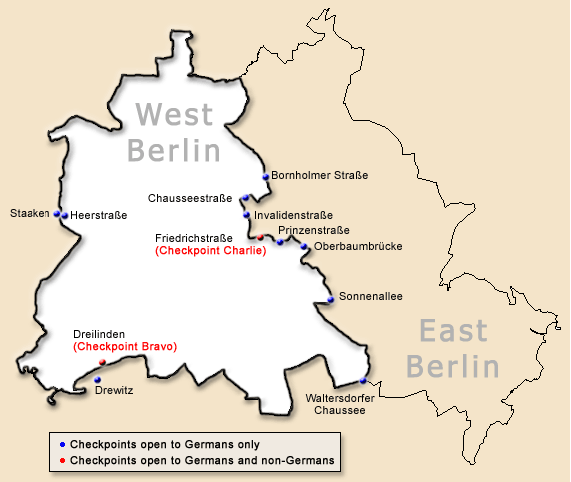 (There is an intact part of the Wall on Bernauerstrasse with a large open air museum. They go through it all step by step explaining everything: people jumping out of windows, windows being bricked up, then people tunneling under, children stuck on one side, trip wires attached to machine guns, dogs patrolling on wires….its just so crazy.)

After the liberation on Aug 26, 1944, Parisian women with their children run for cover as remaining German snipers open fire from the roof of the Notre Dame Cathedral.

This striking photo, taken on Aug. 26, 1944, during the liberation of Paris and held in the National Archives’ collection of Signal Corps Photographs of American Military Activity, shows Parisians running for cover on the Place de la Concorde as snipers fired on the city’s ongoing celebration. The image shows civilians caught in the crossfire, transitioning quickly from party to self-preservation mode.

While the Germans had officially surrendered the city to Allied forces the day before and citizens were out in the streets in force, pockets of French collaborators and German soldiers remained. French Gen. Charles de Gaulle, who paraded through the streets to the Champs-Élysées on the same day this picture was taken, took fire from snipers several times. Later in the day, de Gaulle famously came under sniper ﬁre inside the Cathedral of Notre Dame. 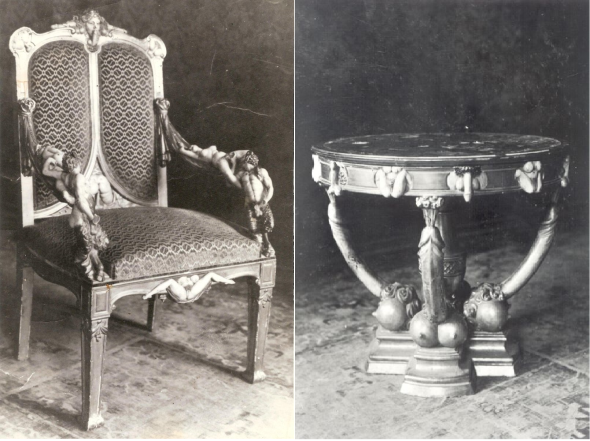 Most of the pictures were lost in the fire of war, but some of Hermitage personnel also confirm the existence of the parlor, noting that Catherine the Great even made a boudoir for Platon Zubov, but it’s unlikely that it could reached the 20th century. It is also known that the collection of erotic art belonged to the Romanov family was cataloged in 1930’s . The evidences indicate that the objects were only shown to a selection of visitors. But the catalog was lost. Like the whole entire collection, it was allegedly destroyed in 1950. However this small selection of photographs still exist.

A photo of a group of “Biorobots” in special dress taken just before they went out to the roof of the 4th Chernobyl reactor; ca. 1986.

Of the original 600,000 Liquidators, there are around 200,000 survivors with around 90,000 suffering from major long-term health problems – according to one group.

Fascism is a hard ideology to define because nearly every modern government or political movement has been called ‘fascist’ by somebody. I contend that fascism was a political movement unique to the early 20th century, especially in Europe, because its worldview was shaped by events and philosophical ideas from the late 19th century until the interwar period. Some people have called states like Saddam Hussein’s Iraq ‘fascist’, but I believe that there is a big difference between authoritarian dictatorship and genuine fascism.

So how did fascism originally develop? It grew out of a European intellectual movement which criticized the alienating effect that industrial society had on modern man, as well as late 19th century critiques of Liberalism and Positivism. They believed that industrial society robbed men of their individuality; however they wanted to assert it at the same time. These ideas were adopted by many young people, especially young, middle-class socialists, because they wanted to rebel against what they perceived as pointless and archaic bourgeois morality and conformity. This is why in the 1930s, fascism looked like it might actually take over Europe: it successfully harnessed people’s dissatisfaction with modern society and directed it into political channels. 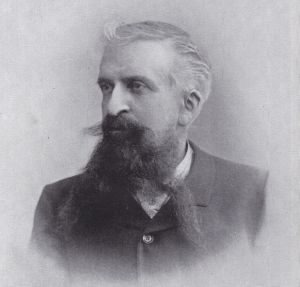 Fascists were influenced by philosophers like Gustav Le Bon who wrote about the need for a strong leading figure to lead the masses against social ills. He believed that people were fundamentally irrational, and should embrace their irrationality. This was taken up by fascist ideologues who thought that their members’ irrationality should be harnessed by the leader and directed into political action, which was mostly comprised of beating up socialists, communists and trade unionists (or Jews in the case of Nazism). Fascism was a fundamentally violent ideology which praised war and conflict. Both Hitler and Mussolini believed that war was the highest expression of human ability and society, and sincerely thought that life was a continual conflict between people for limited resources (hence the title of Hitler’s autobiography, Mein Kampf). To fascists war was a good thing because it let nations or races decide who was the strongest and who deserved the planet’s resources.

Fascism’s insistence on embracing irrationality is one thing that makes it hard to comprehend; although Hitler and Mussolini wrote their respective handbooks about fascist beliefs, they ultimately rejected concrete doctrines and always acted in response to current events. This is why a lot of fascist rhetoric and actions seem to be contradictionary.

The First World War gave fascism its mass base. Veterans across Europe felt alienated in civilian society after the war, which could not understand their experiences on the frontline. A lot of them wanted to return to an idealized comradeship and hierarchy of the front line, which fascist organizations like the SA and the Blackshirts offered. A lot of them didn’t actually care about the nuances of fascist ideology, they just felt like they didn’t belong in civilian society and needed order and comrades. Instead of a real enemy opposing army, fascism offered them a frontline against post-war society which was especially attractive in revisionist countries like Germany and Italy, where many wanted to destroy the existing Liberal order which they blamed for their countries’ humiliations.

Unlike socialists and communists, fascists wanted to cure modern society’s alienation through the creation of a hierarchal state made up of different social classes working together for the benefit of the nation. This is called ‘corporatism’ and is fascism’s only real contribution to economic thought. The competing segments of industrial society would be united by the leader act entirely through the state, which incidentally would preserve existing capitalist hierarchies and strengthen them. Fascists were for a sort of inverted social-democracy which would give social services to its members but not to anyone else. If you were not a member of the nation or the Volksgemeinschaft – tough luck. This is why many people participated in Fascist and Nazi organizations like the DAP or Hitler Youth; if you did not actively participate in the national or racial community, you were not a part of it and would be socially ostracized (or worse) and denied state benefits. They didn’t necessarily believe in fascist ideology, and many opposed it, but the fascist state required them to participate in it. 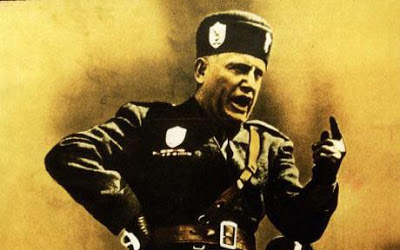 The major difference between fascism and socialism is that the former was all about preserving hierarchy and bourgeois society, while getting rid of industrial alienation through the creation of a totalitarian society. Mussolini thought that by giving up your individuality to the totalitarian state, you could have your energies and efforts multiplied by its services. Paradoxically, by surrendering individuality, alienation would somehow disappear. In industrial societies, fascism was popular with the middle class because it offered a cultural and social revolution which would keep hierarchies and fortify them through corporatism. Unlike conservatism, fascism wanted a cultural revolution that would create a “New Fascist Man” who had no individuality separate from the state. This is why it was appealing to the middle class; it let them vent their frustrations about modern society and be little revolutionaries while simultaneously protecting their property and position in the social hierarchy.

The emphasis on maintaining private property and hierarchy was what made fascists hate socialists and communists. Fascism marketed itself as the “Third Way” between Liberalism, which was responsible for alienation and the post-war Wilsonian order, and Socialism, which threatened to take bourgeois property in an economic revolution. Conservatives and fascists usually got along because they both hated the same things, but most conservatives failed to understand the revolutionary aspect of fascism and believed they could be controlled to curtail workers’ rights and revise the Paris Treaties, which didn’t really work out.

German shock troops lie in wait for the signal to begin the Russo-German war in 1941.