A police photograph of German Olympic athlete Dora Ratjen who had been arrested at a train station on suspicion of being a man in a dress. Magdeburg, Germany; September 21, 1938. 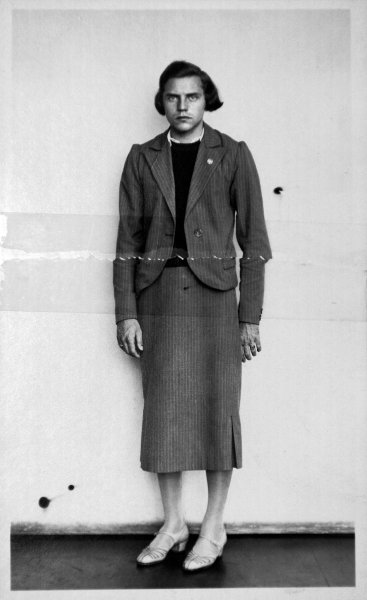 Dora Ratjen competed in the women’s High Jump at the Berlin Olympics in 1936.

“Ratjen was born in Erichshof, near Bremen, into a family described as “simple folk”. The father, Heinrich Ratjen, stated in 1938: “When the child was born the midwife called over to me, ‘Heini, it’s a boy!’ But five minutes later she said to me, ‘It is a girl, after all.'” Nine months later, when the child, who had been christened Dora, was ill, a doctor examined the child’s genitalia and, according to Heinrich, said “Let it be. You can’t do anything about it anyway.” Dora stated, also in 1938: “My parents brought me up as a girl [and] I therefore wore girl’s clothes all my childhood. But from the age of 10 or 11 I started to realize I wasn’t female, but male. However I never asked my parents why I had to wear women’s clothes even though I was male.”

“On 21 September 1938, Dora took an express train from Vienna to Cologne. The conductor of the train reported to the police at the station in Magdeburg that there was “a man dressed as a woman” in the train. Ratjen was ordered out of the train and questioned by the police. He showed his genuine documents which said he was a woman, but after some hesitation, admitted to being a man and told his story.” 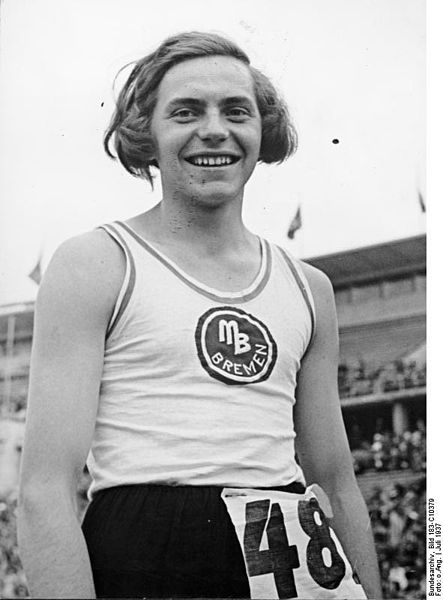