Ack-Ack fire during a German air raid on Algiers; 1943. 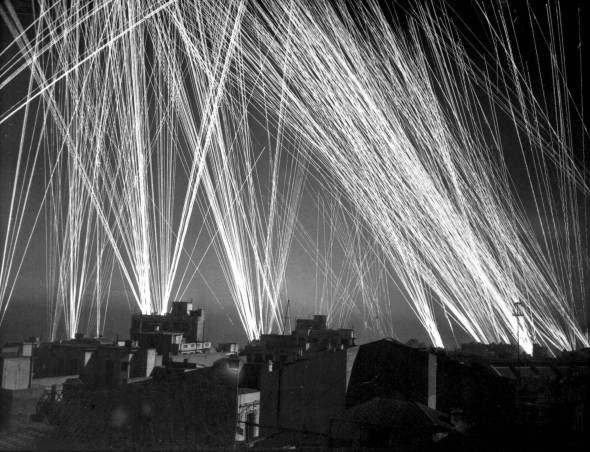 Those are the light trails that result from long-exposure photography of gunfire. Ack-ack is shorthand for anti-aircraft.