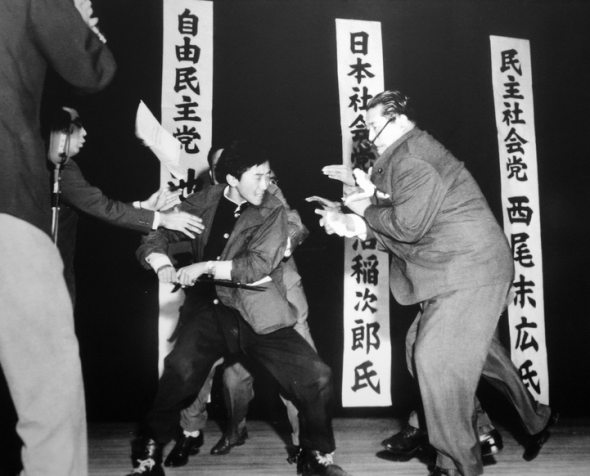 “On October 12, 1960,  Inejiro Asanuma, head of the Japan Socialist Party was assassinated by 17-year-old Otoya Yamaguchi, a Japanese ultranationalist , during a televised political debate for the coming elections for the House of Representatives. While Asanuma spoke from the lectern at Tokyo’s Hibiya Hall, Yamaguchi rushed onstage and ran his wakizashi through Asanuma’s abdomen, killing him. The entire incident was broadcast live on television, witnessed by millions of viewers, and preserved on film.” (Source)