Winston Churchill and his reputation as one of Britain’s greatest leaders. 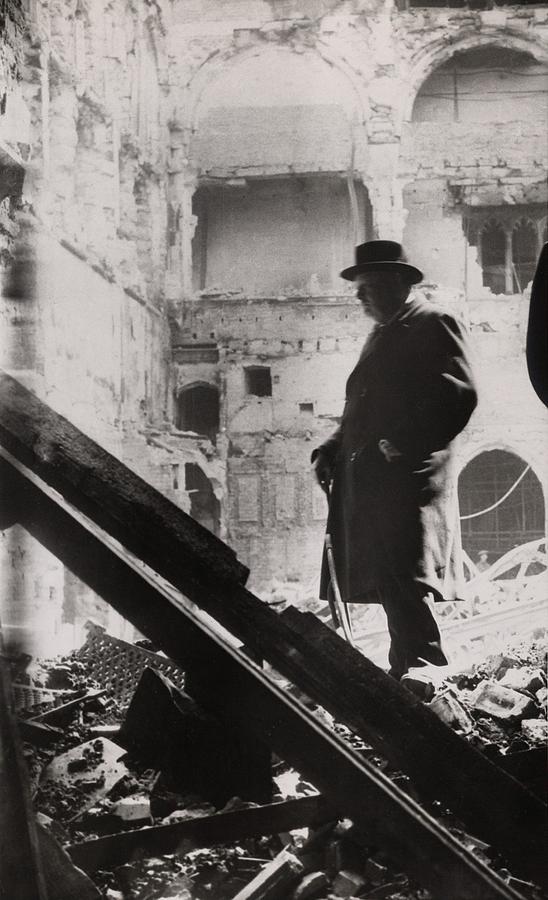 Firstly a little bit of leadership theory to put Churchill into context, specifically that of Transformational Leadership.

Transformational leaders inspire their followers to achieve more than would normally be expected by a combination of: 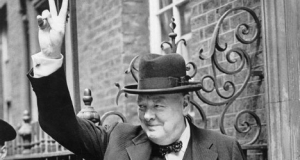 Whenever Churchill took charge of a government department, the work rate would increase considerably. He was a man of energy and ideas who was always keen to understand the latest innovation or cutting edge technology. For example, by the time the neutron had been discovered, he had already written about the potential of nuclear power, especially in the military context.

This energy was most apparent when he became PM in May 1940, coincidentally on the day that the German Invasion of Belgium and France was launched. Thus the first six weeks of his premiership saw one of the worst strategic set backs in British military history as the BEF was defeated and forced to abandon France. In the face of exceptional pressure form the French to stay in France and to commit further reserves, he trusted his commanders and accepted that a withdrawal was the best option. Throughout this period he did as best a job as he could to placate the French (possibly even lying to them) in order to give his commanders the space they needed to effect the withdrawal. He moved between the tactical, operational and strategic levels of command on an almost hour by hour basis in order to understand, support and decide. 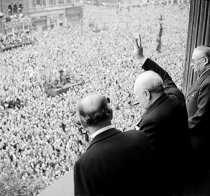 Whilst all this was going on, he took the time to familiarise himself with Britain’s air defences knowing all too well that this was the next line of defence. He trusted Hugh Dowding and Charles Portal, he trusted the air defence system and he supported Dowding’s recommendation not to send any more spitfires to France, knowing it was a lost cause. He then set about instilling his confidence into the British public. The “finest hour” speech is not simply a masterpiece of rhetoric, it is the cornerstone of a concerted effort to reassure Britain that its Air Force, by this point untested in any major campaign for 22 years, was up to the job of defeating a highly capable, more numerous and more experienced Luftwaffe. Whatever went on behind the scenes, he maintained the high vision of victory and portrayed an almost relentless optimism, whilst reminding everyone of the gravity of the situation. 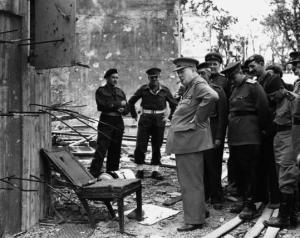 Deep down he knew that the Royal Navy would be the deciding factor in case of invasion, but the opportunity to stop the enemy before he even reached the shores was one he seized upon and a cause he triumphed as if it were his own.

This pattern repeats itself throughout Churchill’s tenure: the frenetic activity surrounding him, the detailed interest in an important area of responsibility, the campaign (supported of course by excellent speeches) to reassure the public that everything would be OK and then exploiting successes. Note too that he took very little credit for himself, instead focusing the public’s attention on the men and women fighting the war and crediting them with success.

So we can see that WSC was highly adept at challenging his followers intellectually and providing inspirational motivation, but what of the other two elements of Transformational Leadership?

Churchill’s weakest suit, in my opinion, was looking after individual followers. He had a terrible habit of befriending people, using them for what he needed and then dropping them. He could even do this to entire organisations and has been heavily criticised for abandoning Bomber Command in the face of criticism about the strategic bombing campaign which he had supported. 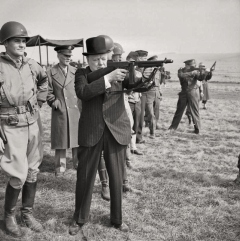 He was, however, an excellent role model. The pugnacious, stoic face of defiance in adversity, portrayed famously as the archetypal British bulldog, he set the tone for the British public to adopt – he was the archetype for the stereotype of the down-trodden but bloody-minded blitz victim. His military experience, including some remarkable individual heroics as a young subaltern and command of a battalion during the Great War, set him in good stead and enabled him to wear the uniform and rank of a commodore/brigadier/air commodore credibly. 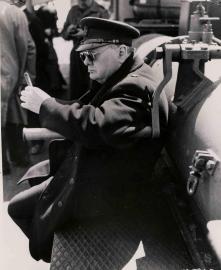 He was not, however, perfect. He was a contrary character who wouldn’t ordinarily have become Prime Minister, let alone a successful one. He was prone to flights of fantasy and was prepared to allow incredibly risky activities. He would often be reeled in by the likes of General Hastings Ismay, his chief military assistant for most of the war, who maintained a well-informed, realistic brief and was able to recover him from his more audacious fantasies. He was also prone to depression, his “black dog” and there is immense credit to be found in his ability inspire people as he did despite his own personal demon. These two quotes do a good job of reflecting on WSC:

Everywhere I went in London people admired [Churchill’s] energy, his courage, his singleness of purpose. People said they “didn’t know what Britain would do without him.” He was obviously respected. But no one felt he would be Prime Minister after the war. He was simply the right man in the right job at the right time. The time being the time of a desperate war with Britain’s enemies

Field Marshal Alanbrooke, Chief of the Imperial General Staff from 1941, wrote in his memoirs:

…..And the wonderful thing is that 3/4 of the population of the world imagine that Churchill is one of the Strategists of History, a second Marlborough, and the other 1/4 have no idea what a public menace he is and has been throughout this war ! It is far better that the world should never know, and never suspect the feet of clay of this otherwise superhuman being. Without him England was lost for a certainty, with him England has been on the verge of disaster time and again…….Never have I admired and despised a man simultaneously to the same extent. Never have such opposite extremes been combined in the same human being.

True genius treads a fine line between triumph and disaster. Churchill knew this line all too well. 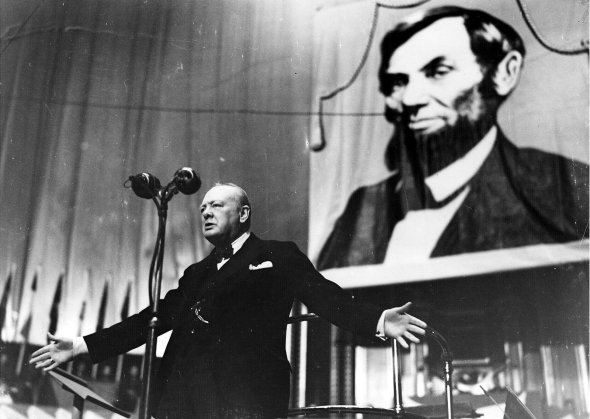 Bungay, S. (2009), The Most Dangerous Enemy: A History of the Battle of Britain

Storr, A. (1997) Churchill’s Black Dog and Other Phenomena of the Human Mind