German POW captured by the Soviets after defeat in Stalingrad, 1943 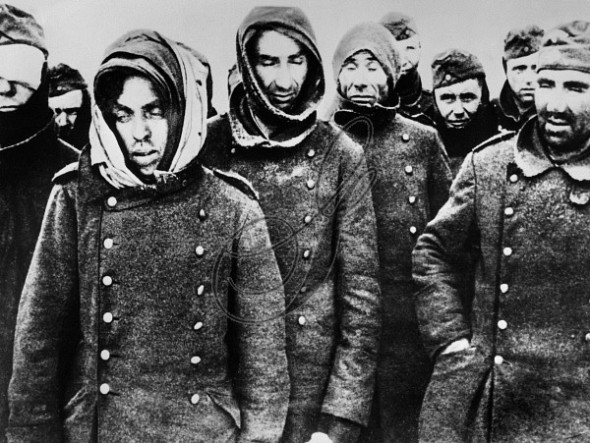 It’s quite sad knowing most of the men in that photo won’t survive the captivity that awaits them.

This entry was posted on December 24, 2013 by Miep. It was filed under History, I Don't Like Jokes, Photography, Pursuit of Happiness, The Drama Of It All and was tagged with Adolf Hitler, German POW, Germany, History, Hitler, Military, Military history, Nazi, Photo, Photography, Russia, Soviets, Stalingrad, USSR, War, wars, World War two, WW2.