Horatio Gordon Robley posing with his collection of mokomokai, the preserved heads of Māori with facial tattoos, 1895. 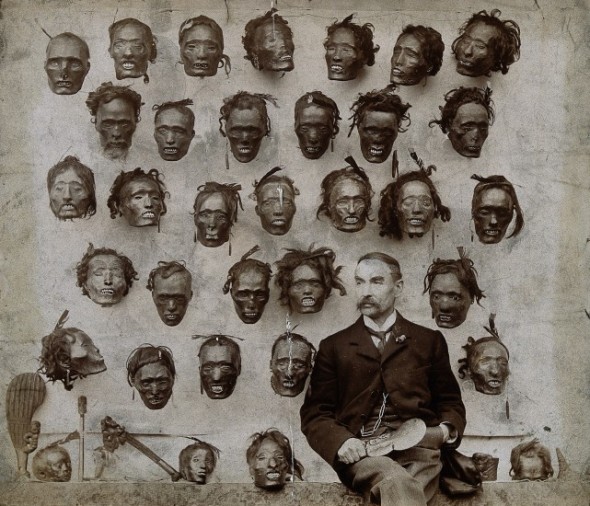 Major General Horatio Gordon Robley with his collection of Mokomokai tattooed heads. Mokomokai are the preserved heads of Māori, the indigenous people of New Zealand, where the faces have been decorated by tā moko tattooing. They became valuable trade items during the Musket Wars of the early 19th century.