The Royal Castle in Warsaw burning after a German shellfire, 1939.

Thinking of all the amazing historic buildings and cities that were wiped out during WW2 makes me sad.

“We tend to forget that life can only be defined in the present tense, and that nowness becomes so vivid that, almost in a perverse sort of way, I’m almost serene… Things are both more trivial than they ever were, and more important than they ever were, and the difference between the trivial and the important doesn’t seem to matter. But the nowness of everything is absolutely wondrous.”

[Legendary Television writer Dennis Potter’s last interview (not so much an interview… it’s almost a monologue.) It was filmed shortly after he learned that he had pancreatic cancer (which he named “Rupert,” after Murdoch) and was not expect to live more than a few more months. His inflamed hands can barely hold his ever-present cigarette (which he refers to as a “little tube of delight”), and he alternately sips champagne and swigs liquid morphine from an antique hip flask (to ease the pain.) Potter talks of the clarity and beauty of life that impending death gives. He faces squarely into the prospect of his life’s end. No sentimentality. No pathos. Just honesty and integrity and insight. His comments on the basis for his serenity are deeply moving. It’s truly remarkable.]

Lobster offering a pencil to the Gods. 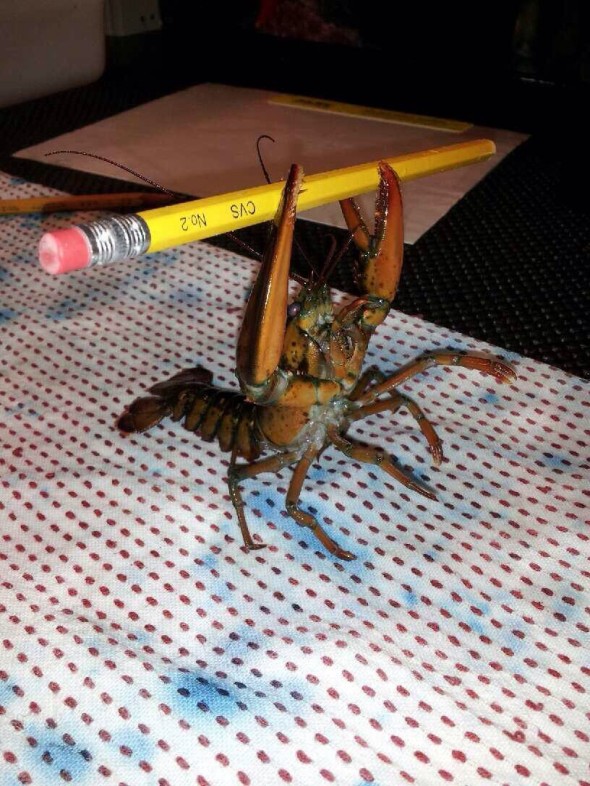 “Death would only end your agony…and silence your shame.”

Why are we so obsessed with “hard work”?

“Hard work” is an absolutely misguided concept. People don’t get what they want through hard work, you get that through irreplaceable work. The more irreplaceable you are, the more incentive others have to bend to your needs and wishes. People shouldn’t obsess over working hard, but with putting themselves in a position where you can make every bit of your inconvenience felt by others.

Even the concept of work that the general public has is misguided. If two men are pushing a box and one can’t move it, even though he is sweating and appears to be close to passing out, while the other guy moves it without any sweat, while chatting on the phone and enjoying a margarita, who is doing the most work? Most of the general public would say the first guy. People seem to think that the amount of work you do is equal to the pain you feel. It isn’t. Analogous to work in the physical sense, work is defined by how hard a obstacle is to push, and how far you move that obstacle. You can destroy your whole life and health trying to accomplish something, but if the obstacle is not budging, you arn’t doing any work. Eg. People who brag about how many hours they work or how “hard” they work, rather than what they have accomplished within that time.

I think the whole obsession people have over “hard work” is a sort of Nietzschean re-sentiment meant to protect the ego. It’s a sort of defense mechanism. Think about someone without any talent in a low end job that isn’t going anywhere. What are they supposed to do? How do you protect your ego from that reality? What virtue would you upheld that you make you come out on top? Hard Work! As useless and as imaginary as it might be, that’s the only thing you have.